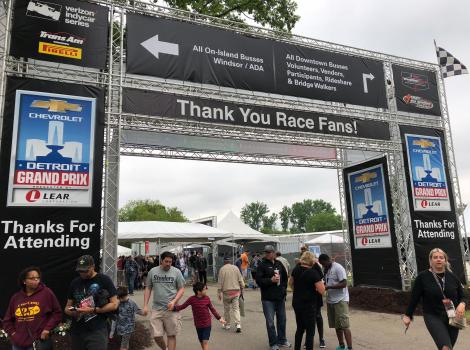 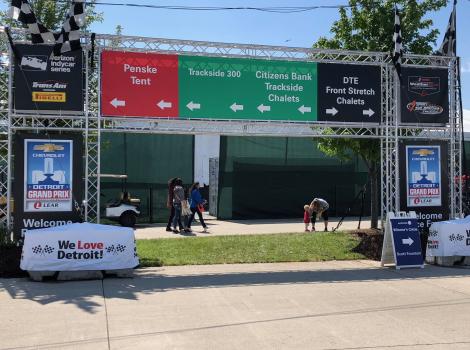 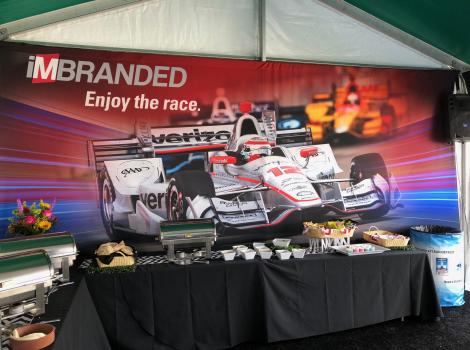 i.M. Branded makes a big impression throughout metro Detroit. The company has produced large format graphics for automotive manufacturers and dealers in Michigan and around the country with more than 7 million square feet of automotive graphic branding. In doing so, i.M. Branded has changed the face of metro Detroit and dealerships across the U.S.

Its exceptional work has powered the Pontiac-based company to achieve 120 percent revenue growth year-over-year with a growing base of more than 125 employees and an ongoing list of job openings, particularly in the production and craftsman departments. It has led to i.M. Branded becoming the market leader in installing automotive related wall art each year, covering millions of square feet of space.

“We continue to make investments in cutting-edge technology given our expectation for explosive growth in the demand for large format graphics,” said i.M. Branded Founder and CEO Jim Whitehead.

At the Chevrolet Detroit Grand Prix presented by Lear on Belle Isle, examples of i.M. Branded’s installation were seen throughout the course with more than 2,500 graphics produced. Two of the automotive “Big Three” have i.M. Branded graphics on their headquarters locations seen by millions of consumers each year. The General Motors’ world headquarters at the Renaissance Center in downtown Detroit and FCA’s Group North American headquarters adjacent to I-75 in Auburn Hills, Mich. both feature building wraps produced and installed by i.M. Branded.

Since 1999, i.M. Branded has produced well over 20 massive graphics for the FCA headquarters in Auburn Hills, featuring a variety of Jeep and Chrysler models. The company was most recently selected as a furniture and graphic vendor for the Jaguar Land Rover Project ARCH program in addition to the already established programs developed with other OEMs, further strengthening the company’s status as an industry leader i.M. Branded has also produced graphics and millwork art for more than 10,000 auto dealerships across the U.S

“We are seeing significant growth on the graphics side of our business along with ongoing growth in our core millwork business,” Whitehead said. “We’re proud of being one of influencers that have helped to brand Detroit and the Motor City in recent years.”

i.M. Branded continues to invest in its Pontiac-based headquarters along with its graphics and millwork technology, Whitehead said. The company is the industry leader in producing custom graphics, millwork and displays for automotive OEMs and dealerships. The company’s cutting-edge building wraps often include high-definition LED lighting and illumination features, which is just one example of how i.M. Branded stays on the forefront of graphic quality, turnaround time and overall customer service.

“We operate in an experiential industry and an experiential world,” Whitehead said. “Our goal is to help our clients create a lasting and positive impression of their brand.”

With more than 20 years in business, i.M. Branded specializes in helping automotive dealerships maximize the impression of their facilities on their clients. State of the art technology, refined installation processes and direct relationships with the world’s top automotive manufacturers give i.M. Branded the ability to provide OEM approved graphic and millwork solutions to thousands of dealerships across the country. Unmatched attention to detail and a company culture built on minimizing disruption during installation make i.M. Branded the industry leader and quite simply, best in class. More information about i.M. Branded and their new state of the art facility is available at www.imbranded.com where visitors can view job openings and examples of the company’s work.