A Sign of the times: Detroit gearing up for indycar history 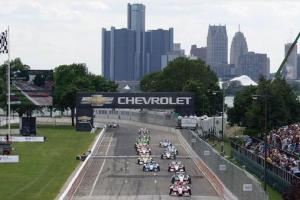 DETROIT – (June 1, 2013) — The Detroit Grand Prix returned to Belle Isle last year after a three-year hiatus and this year’s return is nothing short of record breaking. Home to the epicenter of auto industry revolution, Detroit’s a fitting stage for the IZOD IndyCar Series to unveil their new standard in racing. The industry’s first double header makes it’s world-wide debut with the highly-anticipated “Dual in Detroit” where not one, but two Series races will take place Saturday and Sunday. If one record breaker isn’t enough, get ready for a heart pounding, never-before-seen, standing start when the green flag launches the track on Saturday. These history-making races are putting the Motor... read more

A trip down memory lane 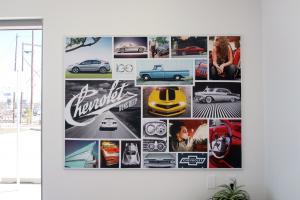 AMARILLO, TX (February, 2013) – AutoNation is America’s largest automotive retailer with more than 43 million customers. For perspective, that’s equal to about 14 percent of the entire population in the United States. The group’s current initiative is to renovate all of their Chevrolet dealerships nationwide and Plains Chevrolet in Amarillo, Texas, is the most recent facility to undergo the coast-to-coast transformation.
i.M. Branded has worked with AutoNation on many dealership upgrade projects over the past few years. Which is why they were confident i.M. Branded could incorporate the auto group’s guidelines with the OEM image program to create a custom package complimenting and adapting... read more